Bahrain’s Ministry of Housing has signed contracts for the construction of the 234-unit Wadi Al-Sail Housing Project, which is being financed by the GCC Development Programme.

The contract was inked by the ministry’s undersecretary, Shaikh Khalid bin Hmoud Al Khalifa with Salman Al-Jasser, representative of the Saleh Abdullah Al Muhanna Contracting Company and Partners, which will build the housing project.

According to the undersecretary, the project is expected to be completed in about 20 months and comes as a new step towards the implementation of HM King Hamad bin Isa Al Khalifa’s order to build 40,000 housing units in the kingdom. 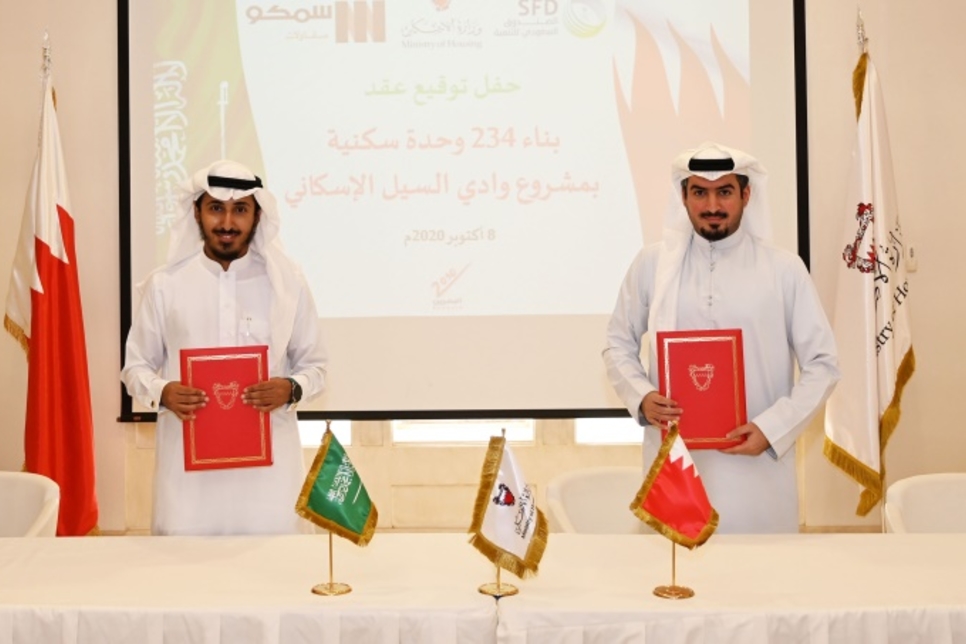 The undersecretary pointed out that the Wadi Al-Sail project reflects the keenness of the government to provide decent housing for the citizens, in accordance with the highest levels of quality, reported the Bahrain News Agency (BNA).

As part of the minister’s inspection tour it was confirmed that Phase 2 of the Bu Shaheen neighbourhood project comprising 398 housing units was 90% complete.