Despite the challenges including a slowdown in work caused by the COVID-19 pandemic, Dubai Financial Market-listed (DFM) DAMAC Properties is on-track with the completion of its DAMAC Tower Nine Elms project located in London’s Vauxhall.

Construction work on the site is fully operational, with the façade from floors two to 50 now being completed as the installation for the retail areas currently progresses.

The fit-out work has also commenced across all floors, while other installations and landscaping works are on-track. The building was topped out in October 2019, while the sky bridge connecting the north and south towers was also completed.

Commenting on the construction progress of the project, Ali Sajwani, general manager of DAMAC Properties, said: “We see this as a remarkable achievement given the unexpected coronavirus pandemic, which threw the market into a tailspin. However, due to our high safety standards on site, we have been able to keep our progress on track with minimal interruption.

“From a financial standpoint, DAMAC was far better positioned than other developers to absorb market shocks due to its strong business model and balance sheets.”

According to the real estate giant, nearly 60% of the 50-storey tower has been sold with buyers mostly being British, Saudi, Chinese nationals, among others.

Nine Elms is DAMAC’s premier development in the UK and Europe’s first collaboration between Versace Home and a new residential property in London’s Prime Zone 1 location. Located on London’s South Bank, in the Nine Elms area, the ultra-modern tower features a unique and balanced architectural composition.

Once completed the project will include 450 units ranging from studios, to one-, two-, and three-bedroom units along with penthouse apartments. Each tower will have four levels of office space and 744.15m2 of communal gardens. 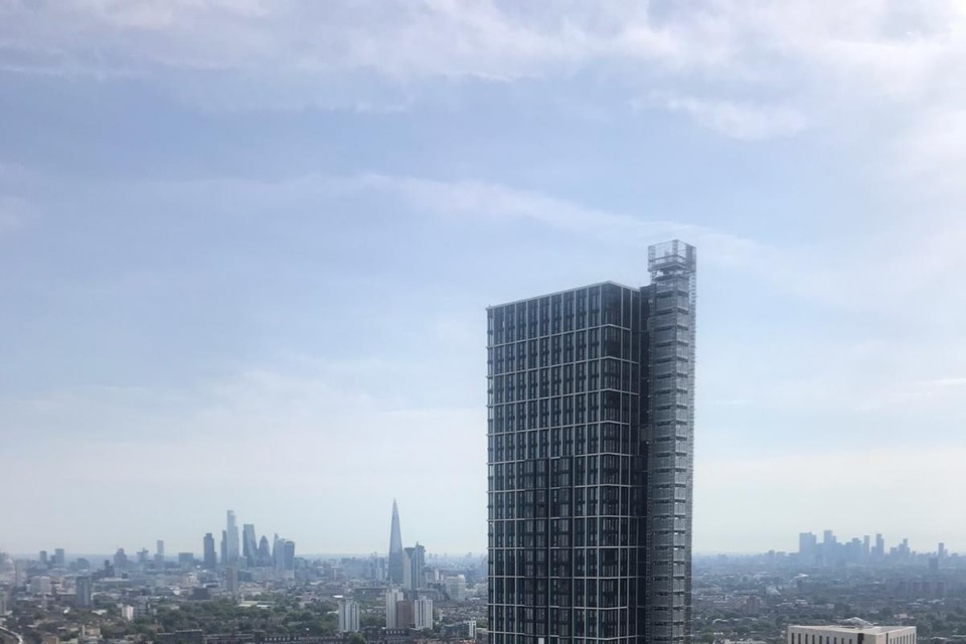 “The launch of Nine Elms came at a time where London was facing a massive housing shortage crisis, so we have already seen a lot of interest coming from Londoners themselves, especially those looking for luxury living,” added Sajwani.

“After the building was topped out, clients have gotten to see its spectacular finishing and interiors designed by Versace Home, which has peaked investor and homeowner interest. While COVID-19 has impacted the global real estate industry in general, we are not worried about DAMAC Tower Nine Elms, because it is able to offer clients a premium location in London’s prestigious central district.”

“We have development teams working in various cities around the world looking for opportunities. DAMAC’s strategy is to target international markets that are customer led and where we have existing brand equity with customers who would be interested in these markets,” said Sajwani.

Talking about DAMAC’s expansion and future investments in London, Sajwani added: “The UK offers a number of perks and advantages for investors and London itself is a microcosm of all those advantages.

“Apart from being the world’s leading financial district, the UK offers a world-class education system and London has some of the best schools and colleges. It is a multi-cultural city that has four main airports in proximity and is centrally located between Asia and America. All of this makes DAMAC keen on investing in London and expanding its brand there.”