The new line project, which commenced in July 2016 and is “substantially completed”, consists of a 15km-long line, of which 11.8km is an elevated metro line and 3.2km is an underground metro line – branching off the existing Red metro line at the Jabel Ali station.  The metro extension has seven stations, including an interchange at Jabel Ali and a metro station at the Expo 2020 Dubai site.

“Additionally, ALSTOM has enhanced the existing metro line by upgrading the power supply, the signaling systems, the communication system and the track works.”

The consortium has achieved 34 million manhours without Lost-Time Incident (LTI), representing more than one year without any LTI.

“This would not have been possible without some major HSE Programmes that the consortium deployed on site,” Decloquement adds.

“Top management addressed the workforce on site regularly. We also implemented the ALSTOM Zero Deviation Programme; the Evolutive Lifesaving Rules Programme according to the main activities; and the Specific Heat Stress Programme, which was deployed for the summer works with a gradation of the applicable measures according to the level of RealFeel temperature. The consortium’s efforts were even recognised by the Dubai Municipality.” 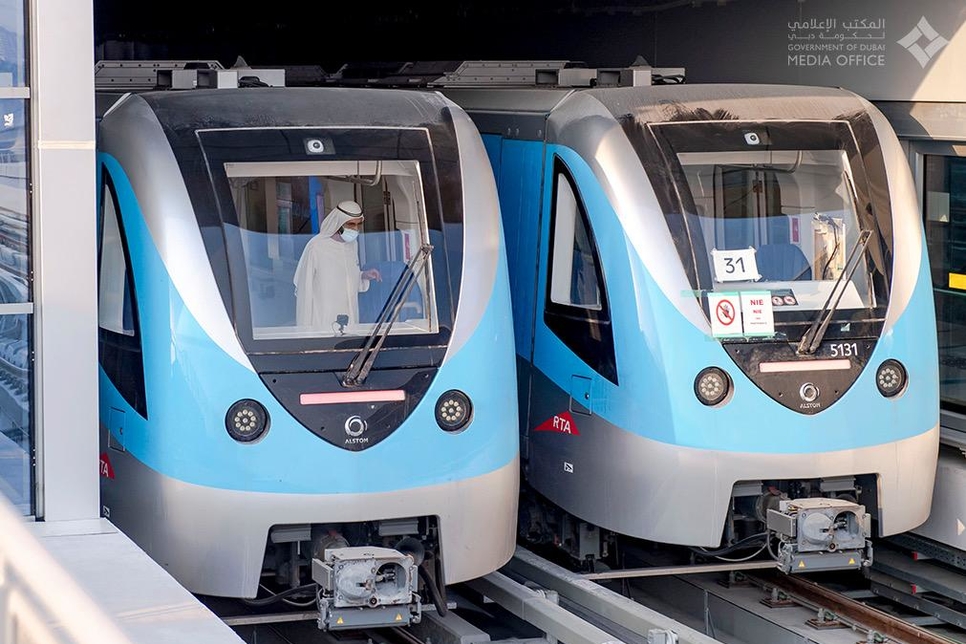 “The cherry on the cake”

The Dubai Route 2020 Metro project was much more than a mere 15km-extension of the metro lines.

“There were three projects in one,” Decloquement explains. “This included the extension works; the enhancement of the legacy Red and Green metro lines; and the creation of a junction for the extension on the existing Red metro line.”

Generally, when ALSTOM provides a 15km metro turnkey project, it needs about 15 trains. In this project, ALSTOM has provided 50 trainsets of 5 cars.

“The cherry on the cake is that the extension was not envisaged at the time of the construction of the Red line. The consortium had to unbuild 320m of existing viaduct and rebuild it on a different alignment with a derivation to the extension line,” Decloquement says.

“The capacity of the legacy lines was increased mainly by enhancing the power supply and the signaling system to reach a headway of 90s. These enhancement works had to be carried out without impacting the operation of the existing Red and Green lines.” 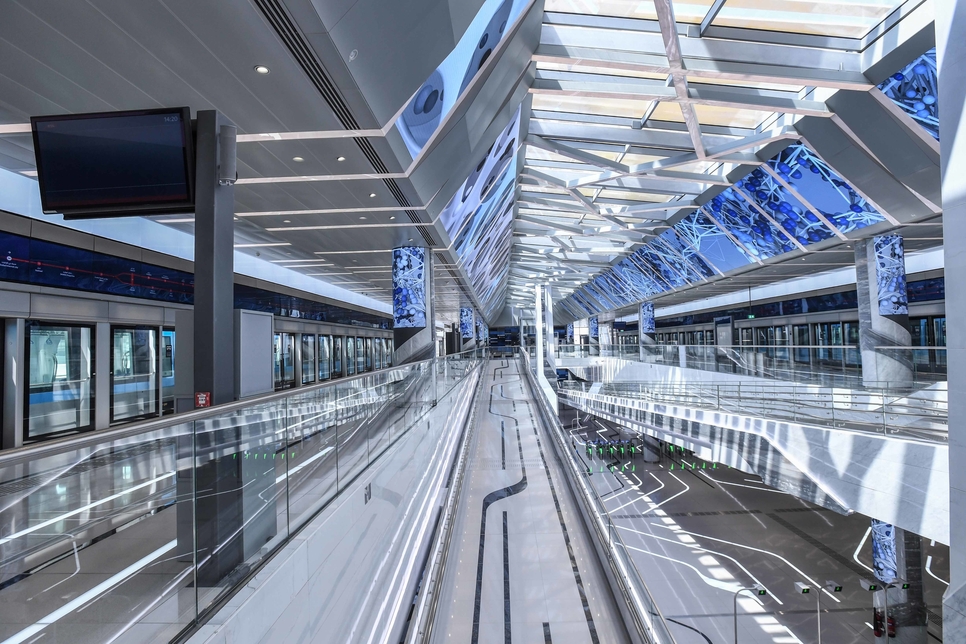 “The enhancement works had to be carried out without impacting the operation of the existing Red and Green lines.”

The Dubai Route 2020 Metro Project had to be undertaken without causing any disruption to the operation of the existing Red and Green Lines while enhancing the existing system – mainly in terms of signaling and power supply – and creating the junction between the main line and the extension.

“For the junction between the main line and the extension, ALSTOM developed new operation loops and isolated the portion of viaduct to be modified while maintaining the operation of the line.”

The ALSTOM-led consortium also ensured 95% waste recycling on the project by deploying a “specific form of waste management”, while simultaneously fostering the use of biodiesel.

Decloquement adds: “One other important feature that is worth mentioning is that ALSTOM’s Metropolis trains are 96% recyclable. In addition, another major engineering feature which needs to be highlighted as it enhances the sustainability of the overall Dubai Metro system is HESOP™.”

HESOP™ is an advanced reversible power substation which both supplies traction voltage to a network and recovers braking energy from vehicles. HESOP™ captures more than 99% of recoverable braking energy, reinjecting it into the power grid for resale or reusing it in station facilities such as escalators, lighting and ventilation.

Thales was the nominated subcontractor on the project while Parsons & Systra JV was the engineer on the Dubai Metro 2020 project.