The MSR is the centre and the most important part of the CSP plant, and receives solar radiation, which is then converted into thermal energy.

The CSP Tower is a part of the $4.3bn (AED15.8bn) Phase 4 of the MBR Solar Park megaproject, backed by the Dubai Electricity and Water Authority (DEWA), which has a total capacity of 950MW.

Upon completion the phase — based on the independent power producer model — will use 700MW of CSP, 600MW from a parabolic basin complex, 100MW from the solar power tower, and 250MW from photovoltaic (PV) solar panels. 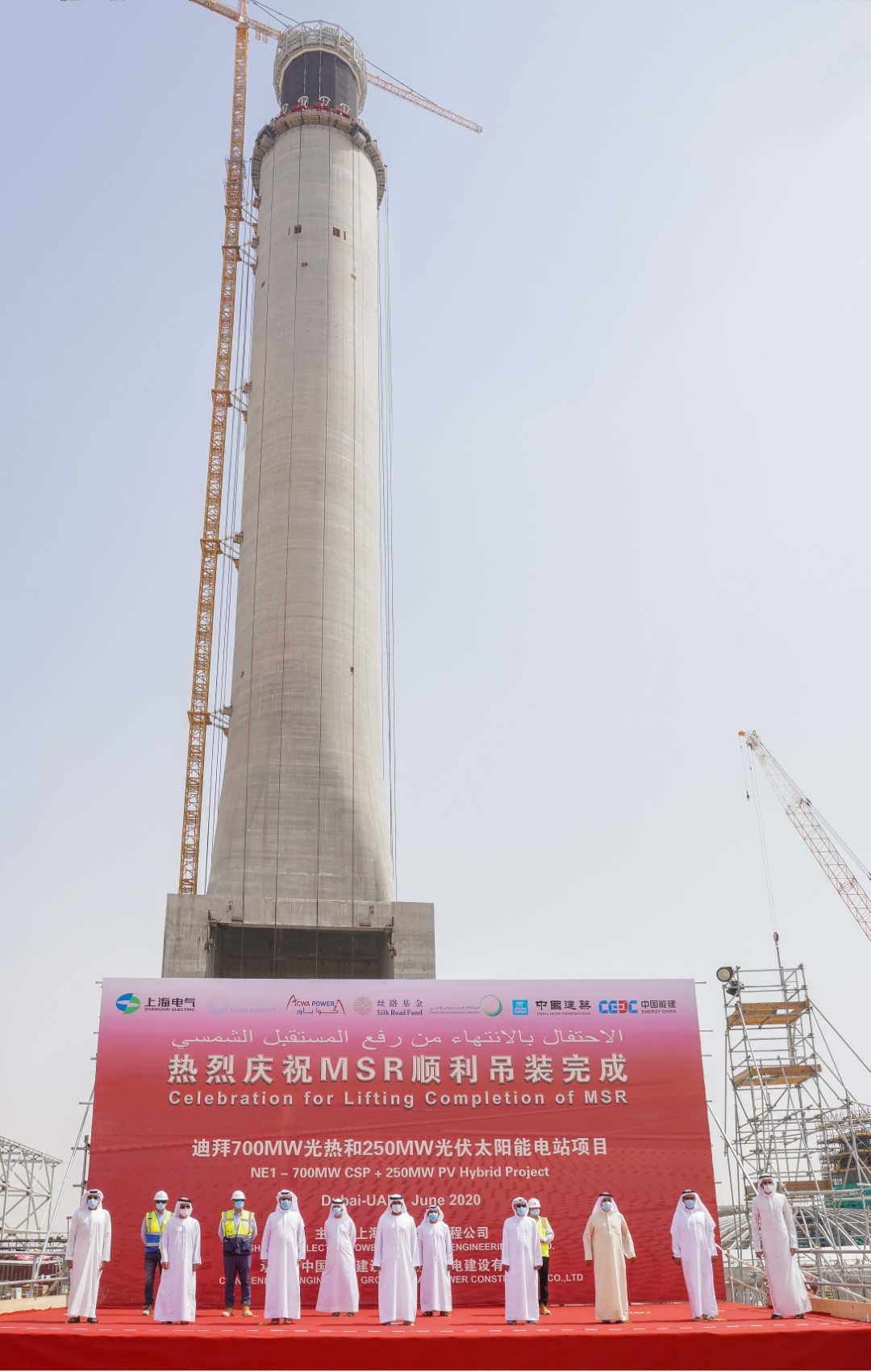 During the installation process, HH Sheikh Ahmed bin Saeed Al Maktoum reviewed the progress of construction of the Phase 4, alongside HE Saeed Mohammed Al Tayer, MD & CEO of DEWA.

Executive MD of Noor Energy — which is owned by DEWA, Silk Road Fund, and ACWA Power —  Abdul Hamid Al Muhaidib, the officials on the progress and installation of the MSR.

.@HHAhmedBinSaeed witnesses the lifting & installation of the Molten Salt Receiver (MSR) on top of the world’s tallest solar power tower at 262.44 metres, at the largest Concentrated Solar Power (CSP) project in the world.@DEWAOfficial pic.twitter.com/KA2OA3CG7Q

Commenting on the milestone, Al Tayer said that DEWA would continue “to build clean and renewable energy projects”, guided by the vision and directives of HH Sheikh Mohammed bin Rashid Al Maktoum, Vice President and Prime Minister of the UAE, and Ruler of Dubai, “to achieve the Dubai Clean Energy Strategy 2050’s objectives to provide 75% of Dubai’s total power output from clean energy by 2050”.

Al Tayer added that over 60% of the work on the CSP Tower was completed in one and a half years without incurring any injuries. The concrete part of the solar power tower was completed at a height of 222 metres, with the MSR being built and assembled, while work continued on the tower. 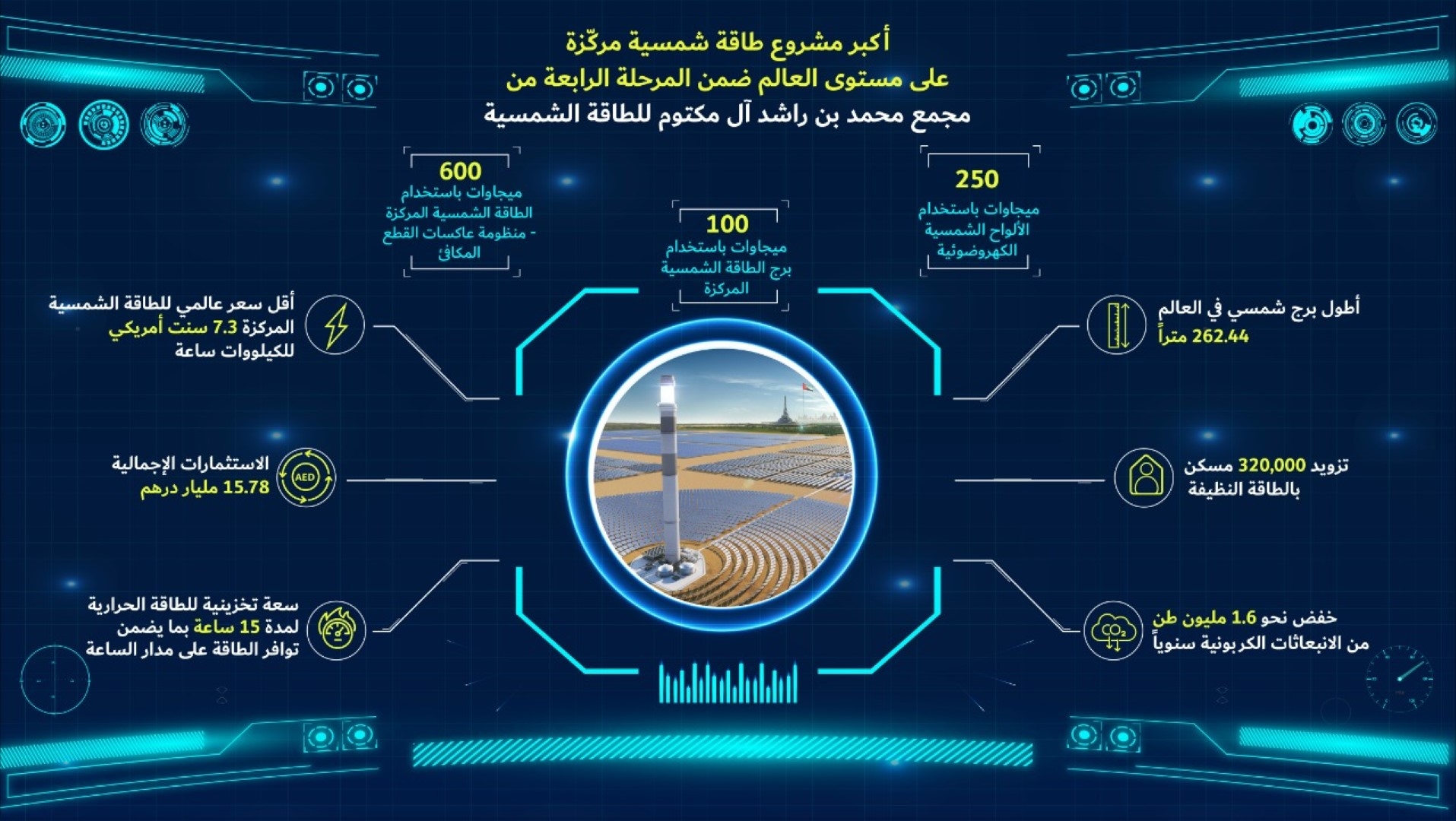 Additionally, Al Tayer stated that despite the impact of the COVID-19 pandemic, construction work continued on the strategic project.

Meanwhile, the chairman of ACWA Power, Mohammad Abunayyan said: “We have completed the lifting of the Molten Salt Receiver in a record time, keeping the highest standards of safety despite the impact of the COVID-19 pandemic and many other challenges.”

Upon completion, Phase 4 of the MBR Solar Park will have the largest thermal storage capacity in the world of 15 hours; and will provide clean energy to power 320,000 homes. It will also reduce 1.6 million tonnes of carbon emissions each.