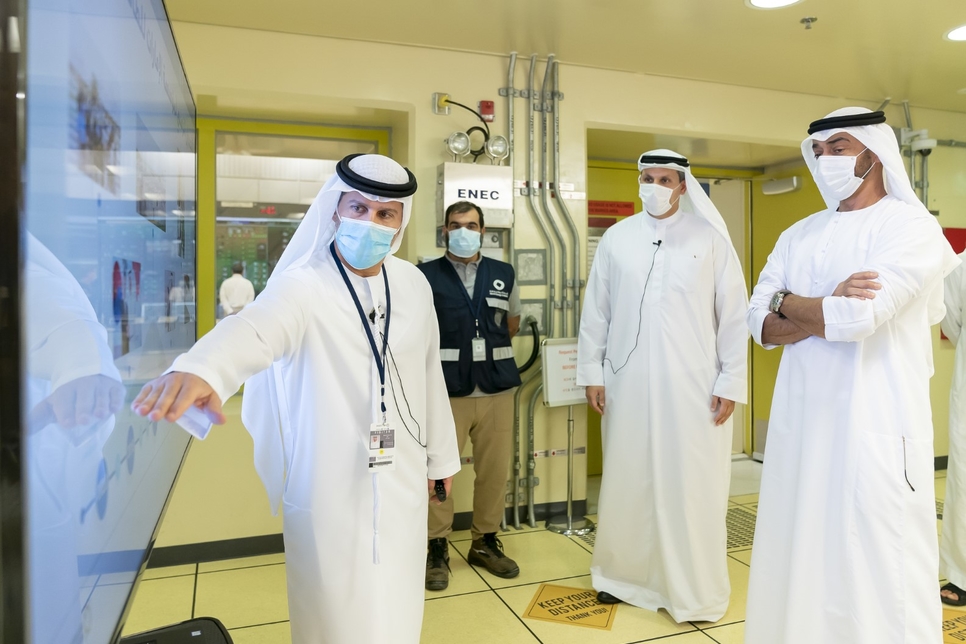 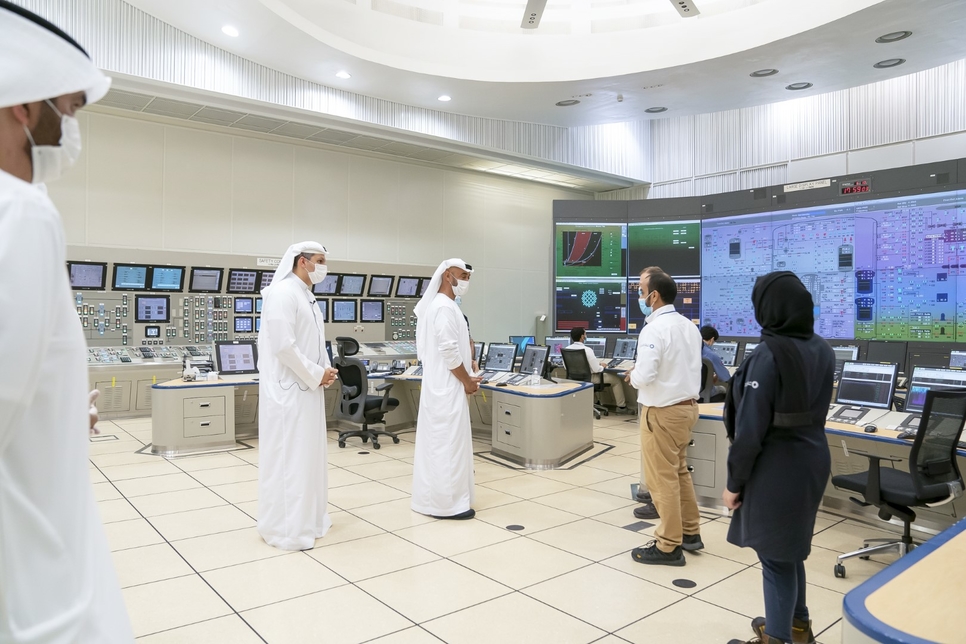 As part of the visit, Sheikh Mohamed was briefed on the historic milestones achieved over the past eleven years by ENEC and its subsidiaries Nawah and Barakah One Company, alongside its key partners the Korea Electric Power Corporation (KEPCO), ENEC’s joint venture partner, and Korea Hydro and Electric Power (KHNP). 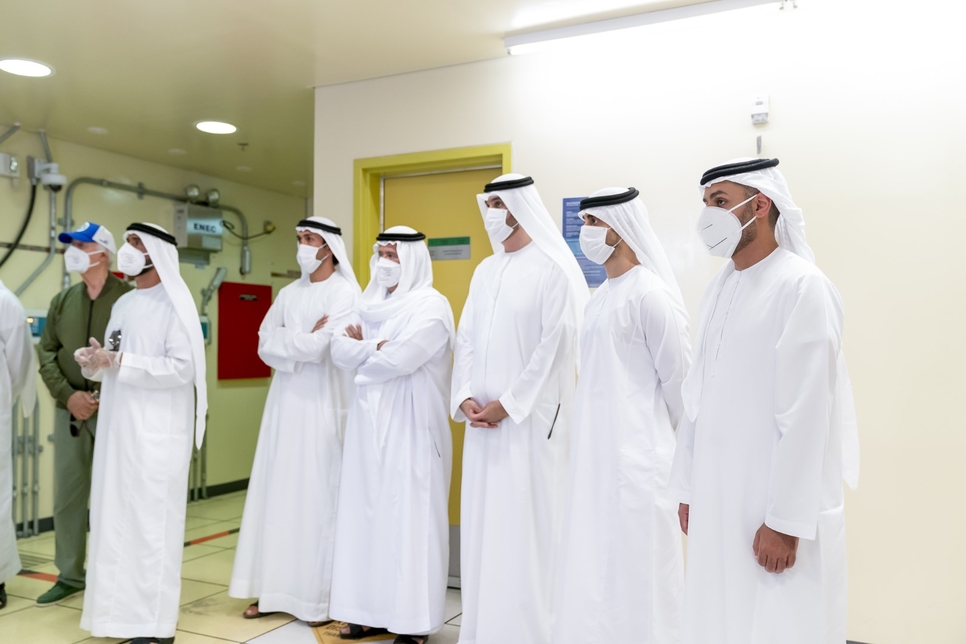 Following the briefing, the delegation visited the Main Control Room of Barakah Nuclear Energy Plant Unit 1, which is in the advanced stages of testing in preparation for start-up. With the operational start of the unit, the UAE will produce clean electricity from nuclear energy for the first time in the nation’s history.

Sheikh Mohamed met the operating crew, comprising UAE national and international experts, who are certified and licensed to safely operate and control the reactor. 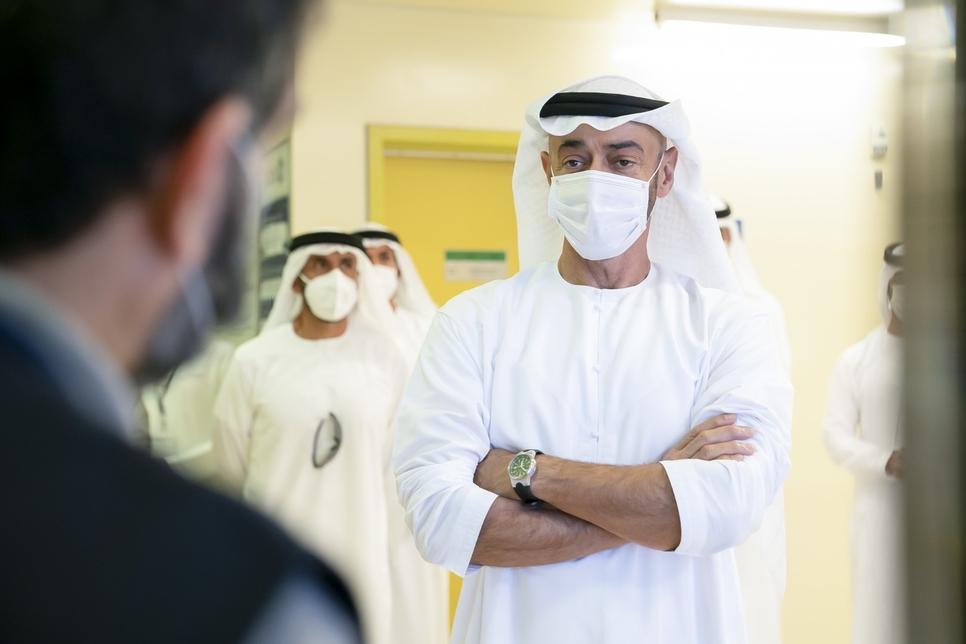 The Abu Dhabi Crown Prince also toured Units 2-4 of the plant. During the visit, ENEC CEO Al Hammadi announced that the construction of Unit 2 was completed in accordance with the highest global standards of quality and safety.

The plant will be handed over to Nawah Energy Company to complete all of the operational readiness preparations as part of the process towards receipt of the Operating License from the Federal Authority for Nuclear Regulation (FANR). 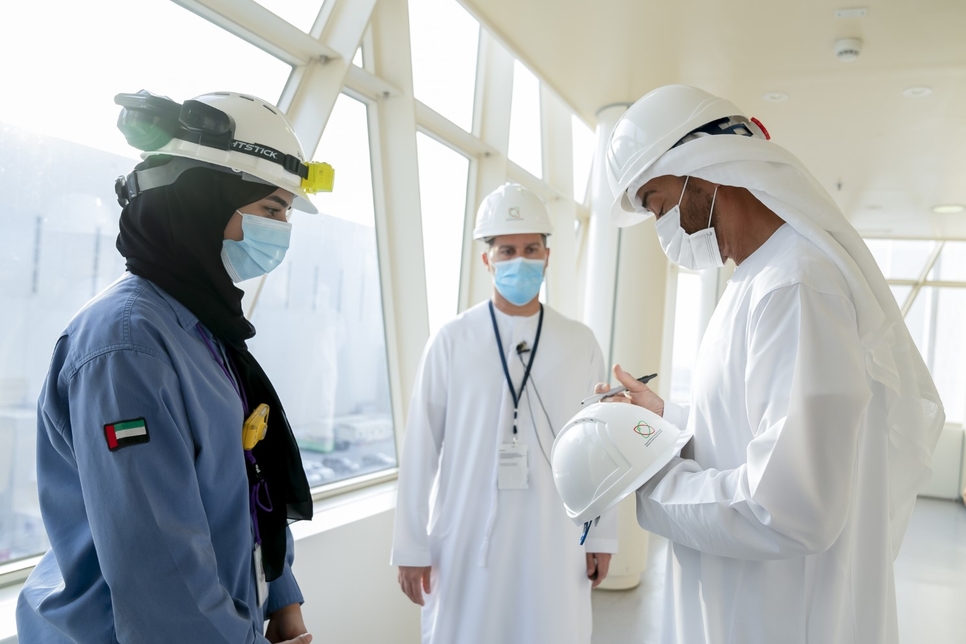 During the visit, Sheikh Mohamed, said: “The expertise, dedication, and commitment of our talented UAE Nationals, working side-by-side with our international experts, is a shining example of the UAE’s resilience and ability to deliver world-class national infrastructure projects safely, despite the current challenges we and the global community faces as a result of the COVID-19 pandemic.”