During his visit to the centre, the Dubai Ruler visited the sections and labs of the R&D Centre, which will work on solar power, the integration of smart grids, energy efficiency, and water. In addition the centre’s area of work includes Fourth Industrial Revolution applications including 3D printing and additive manufacturing that is used to produce spare parts for electricity generation, transmission, and distribution divisions. 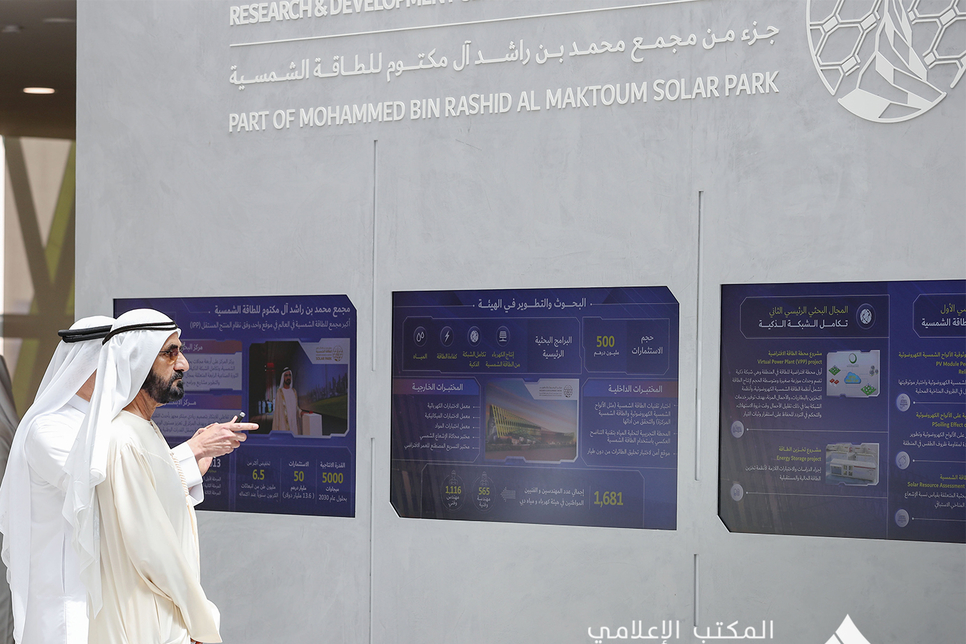 According to DEWA, the R&D centre has the largest and most comprehensive solar testing and certification facility in the UAE. Additionally, it operates the longest continuous testing of photovoltaic (PV) panels in the country under desert climatic conditions. 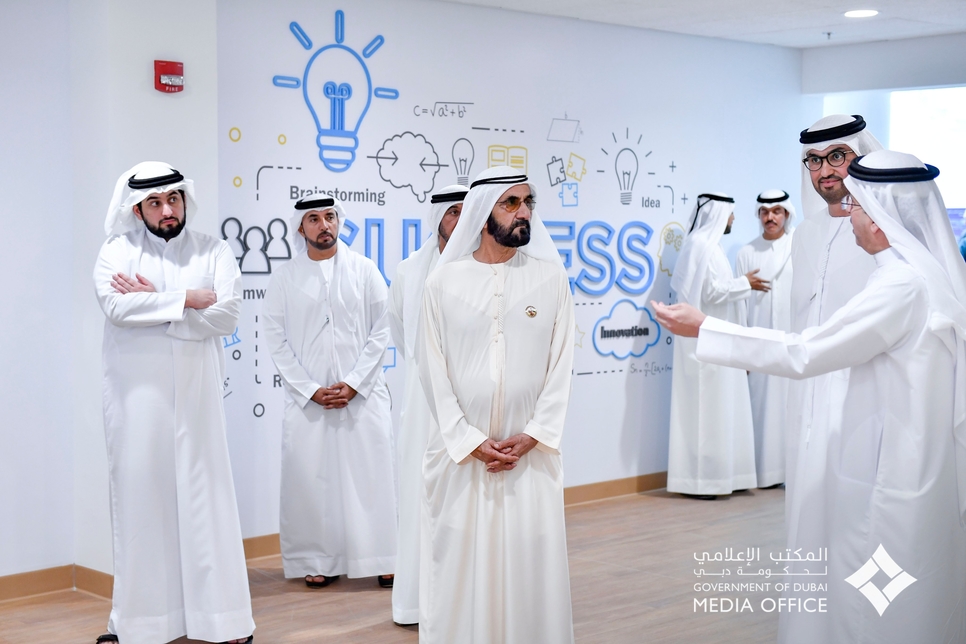 The outdoor labs include testing different solar panel technologies and performance, as well as a safe zone for drone testing and outdoor labs.

As part of his visit, Sheikh Mohammed also met a number of researchers and experts. The centre employs 37 male and female researchers, 20 or 54% of whom are PhD and MSc holders. 70% of the work force in the centre comprises of Emiratis. 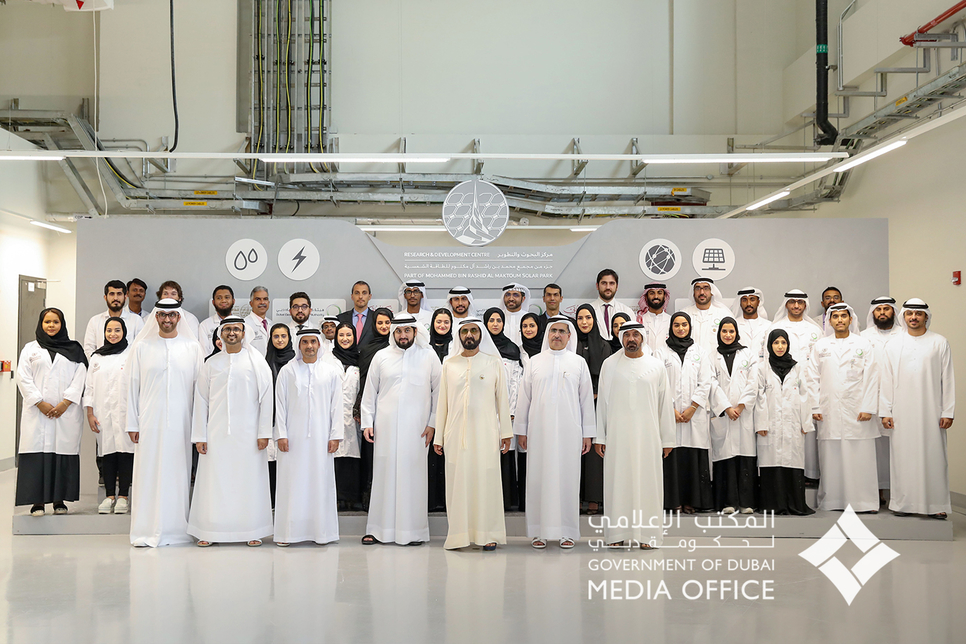 Together the team of experts and researchers have published over 40 papers and the R&D Centre has been granted one patent, with five more under process.

Speaking about the centre, managing director and CEO of DEWA, HE Saeed Mohammed Al Tayer, said: “We include innovation in all our strategies and initiatives, to support the UAE Strategy for the Fourth Industrial Revolution, which aims to strengthen the UAE’s position as a global hub for the Fourth Industrial Revolution and to increase its contribution to the national economy by means of advancing innovation and future technologies; the National Artificial Intelligence Strategy 2031, to develop an integrated system that employs AI in vital areas of the UAE, as well as the Dubai Clean Energy Strategy 2050, which aims to generate 75% of Dubai’s total power output from clean energy sources by 2050.” 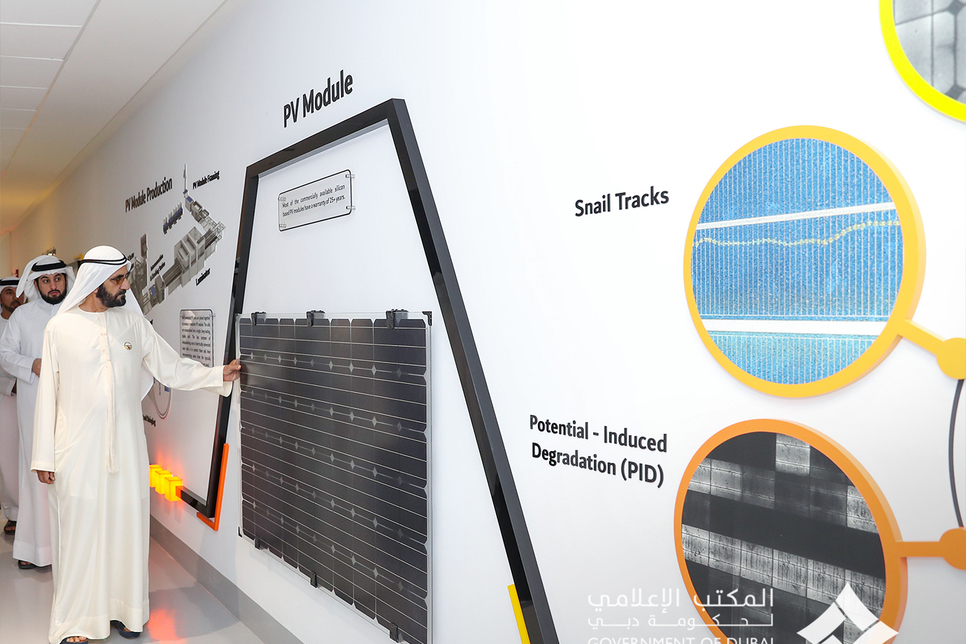 The R&D Centre received a platinum rating for green buildings from Leadership in Energy and Environmental Design (LEED) by the US Green Building Council. The centre has PV panels installed on its roof and car parking as well as building integrated photovoltaic (BIPV) in its walls.

The building reduces energy consumption by over 25% and saves more than 50% water, while the recycled materials used is more than 30%. 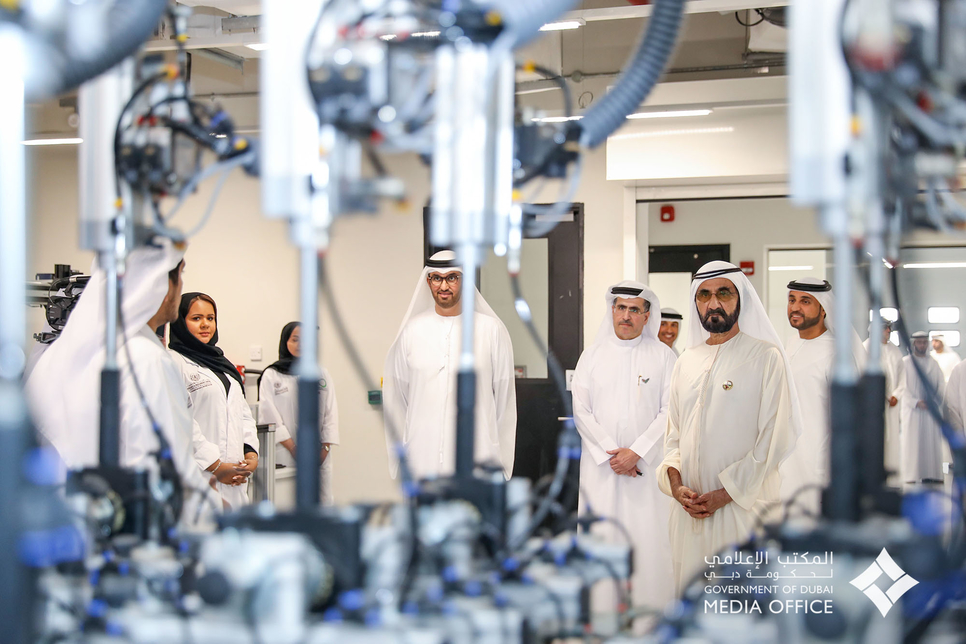 MBR Solar Park is the largest single-site solar park in the world that is based on the Independent Power Producer (IPP) model.