Construction on the Khawaneej Roads Improvement Project has been progressing rapidly, with director-general and chairman on the board of Dubai’s Roads and Transport Authority (RTA), Mattar Mohammed Al Tayer having revealed that the project is 37% complete.

During a virtual site tour, Al Tayer inspected progress of work, which includes the construction of three main interchanges and 23-km-long service roads along the Khawaneej and Al Amardi Streets.

Completed work on the project comprises, improvements of the surface intersection between Al Khawaneej and Al Amardi Street and intersections of Algeria Street at Al Warqa near Uptown Mirdif and Shorooq and Ghoroob Mirdif.

Meanwhile, the tunnel of Al Khawaneej Street is 39% complete, and the bridge towards Al Aweer area is 15% complete.

Speaking about the project, Al Tayer said: “The project aims to accommodate the current and projected growth in traffic volumes over the next years. It provides a direct link between Aweer and Khawaneej to ease the movement of residents in both directions.

“It will enhance the link of the Airport Road with Sheikh Zayed bin Hamdan Al Nahyan and Emirates Roads, besides enhancing the traffic flow on Al Khawaneej and Sheikh Zayed bin Hamdan Al Nahyan streets, by cutting the transit time by 45 seconds. It will also cut the transit time on Al Khawaneej and Al Amardi Street by 120 to 60 seconds.”

Al Tayer added that the project covers the construction of a 680-metre underpass intersection with three lanes on each side of Al Khawaneej Street and Sheikh Zayed bin Hamdan Al Nahyan Street, and a surface signalised junction to manage the traffic influx on Al Khawaneej Street. 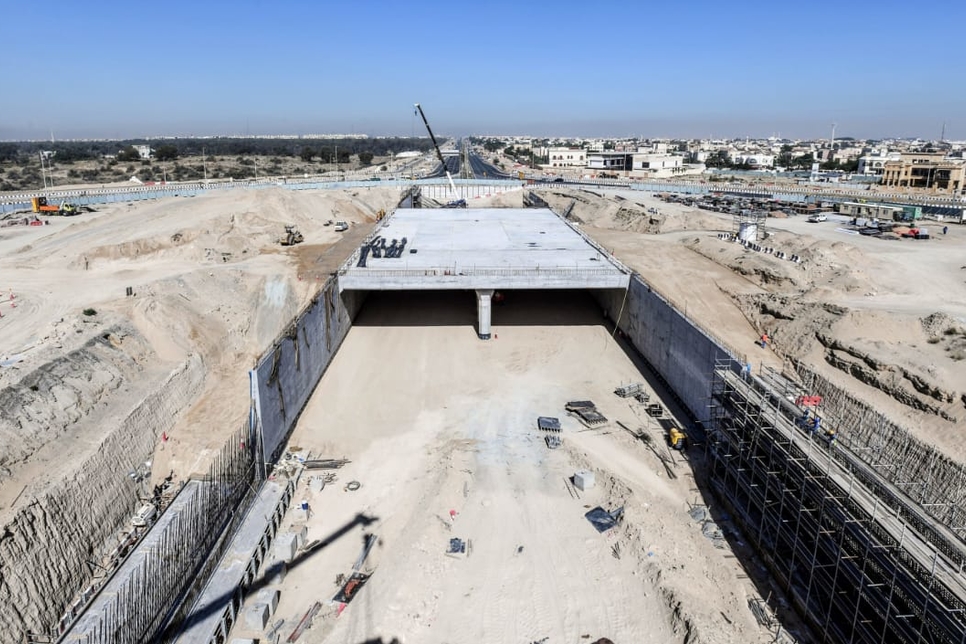 Explaining further details about the project, Al Tayer said : “Additionally, a footbridge will be constructed on Al Khawaneej Street, near Arabian Centre, to ease pedestrians’ movement.

“Service roads extending to 23km will be constructed along Al Khawaneej and Al Amardi Streets and three intersections with Algeria Street will be upgraded to signalized junctions.” 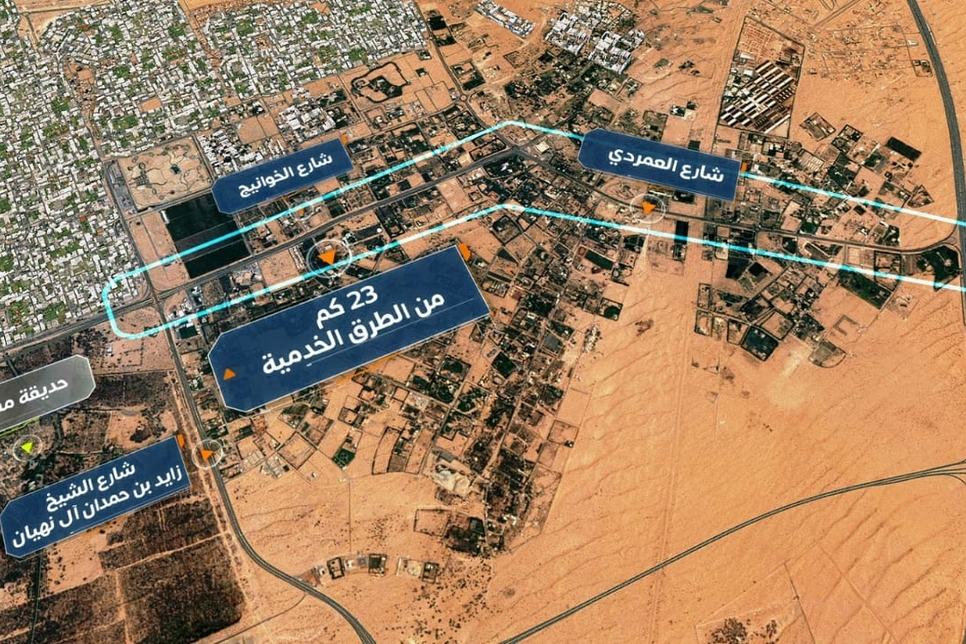 Al Tayer explained that the project follows the opening of all phases of the Airport Road Improvement Project, comprising four junctions at Rashidiya, Nad Al Hamar, Marrakech, and Casablanca streets.