Dubai’s Roads and Transport Authority (RTA) has upgraded the Falcon Junction as part of its efforts to improve the Al Shandagha Roads Corridor.

The project, which is bordered by Al Khaleej, Khaled bin Al Waleed and Al Ghubaiba streets, is estimated to cost approximately $122.5m (AED450m). Upon completion, it will be linked to Shandagha Bridge (Infinity) Northwards.

The announcement is in line with the directives issued by vice president and prime minister of the UAE and ruler of Dubai, HH Sheikh Mohammed bin Rashid Al Maktoum.

Upgrading the Falcon Junction will ensure free traffic movement across Al Shandagha Corridor, increasing the intake of both streets. It will also enhance traffic safety, provide entry and exit points for Rashid Port, and provide more parking spaces under the new bridge to serve the area.”

The project will include the construction of “two bridges along Al Khaleej Street comprising six lanes in each direction, with the first bridge extending 750m towards the north, and the second stretching 1,075m towards the south, with a capacity of 12,000 vehicles per hour per direction,” Al Tayer stated.

In addition, the project will entail the construction of a “one-lane 250m bridge, enabling right-turns from Khaled bin Al Waleed Street to Al Khaleej Street, with a capacity of 1,600 vehicles per hour. 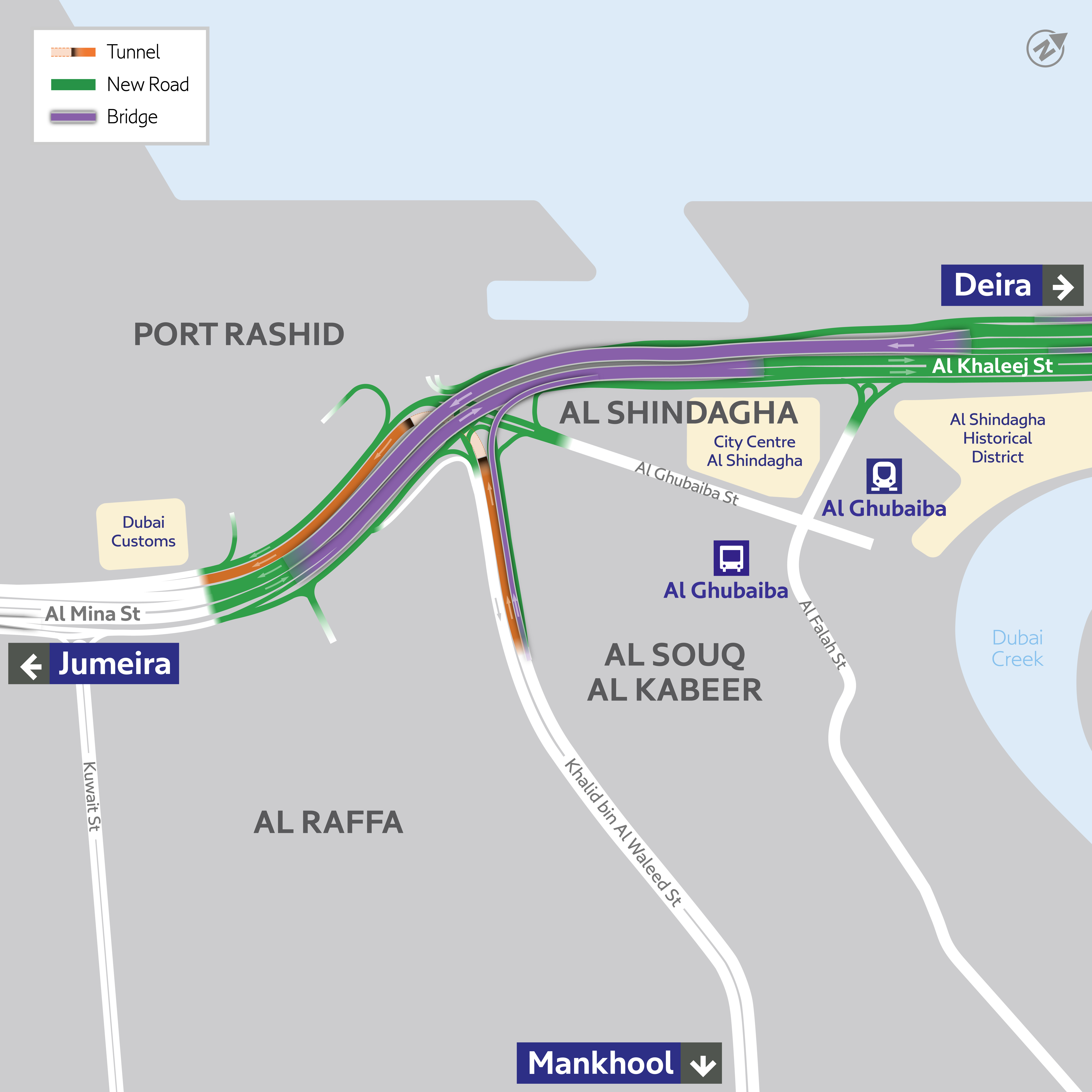 Other works that are part of the project include pavements, lighting, traffic systems, rainwater drainage network and irrigation systems, Al Tayer said.

Due to the massive scope of the Al Shandagha Corridor Project, which has a cost tag of $1.45bn (AED5.35bn), the project had been split into five phases, two of which are complete.

Work is currently underway on Phase 3, which includes six contracts covering the construction of Al Shandagha (Infinity) Bridge which is set to be a ‘unique landmark for Dubai’.

Phase 4 of the project will be completed by 2025, while phase 5, which covers the construction of southwards bridges leading to Deira, are set for completion by 2027.

The project, which involves the construction of 10 surface junctions, will be completed by the end of 2022.