Dubai’s Roads and Transport Authority (RTA) has completed construction works on roads and bridges leading to the Dubai Hills Mall project, with the main bridge on Umm Suqeim Street having opened on 30 May, 2020.

RTA said that all the other bridges will be opened in line with the opening of the Dubai Hills Mall located at the intersection of Umm Suqeim Street and Al Khail Road.

Work on the bridges included the construction of ramps extending 2,500m. Ten of these bridges that have already been completed have entry and exit points to and from Dubai Hills Mall from Al Khail Road.

Meanwhile, other construction works included the construction of three bridges providing entry and exit points for Umm Suqeim Street to separate the traffic from the street and Al Khail Road heading towards Dubai Hills Mall. 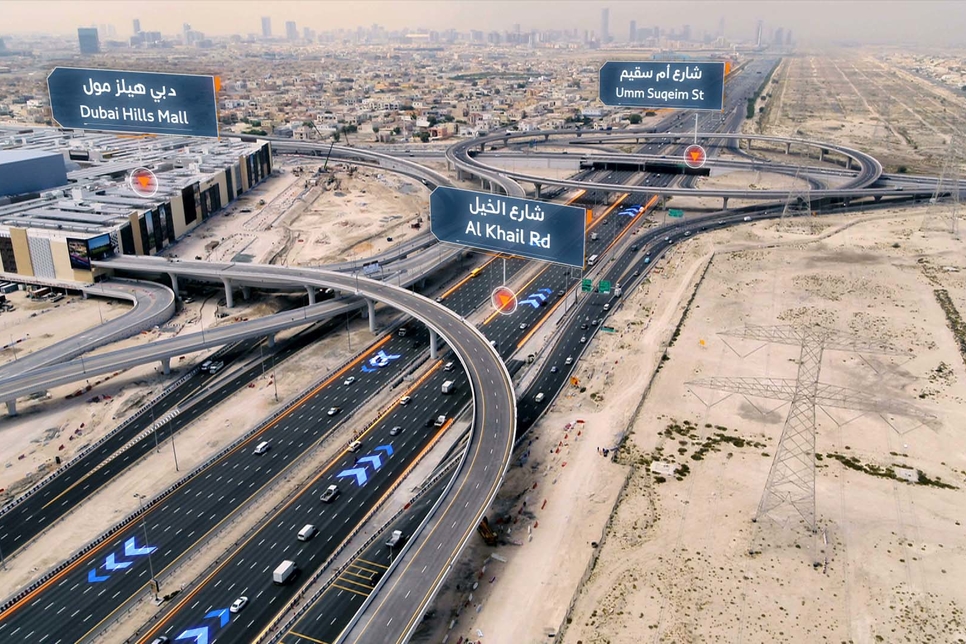 Additionally, the new bridges also have lanes that directly connect to the mall and can accommodate 7,500 vehicles per hour.

Speaking about the completion of construction activities HE Mattar Mohammed Al Tayer, director-general and chairman of the board of the executive directors of RTA, said: “The completion of roads and bridges leading to Dubai Hills Mall  along with the associated infrastructure works and improvements of Umm Suqeim Street will provide direct entry and exit points for the area from and to Al Khail Road and Umm Suqeim Street. This will ensure a seamless traffic flow to and from the Dubai Hills Mall.”

“It will increase the capacity of Umm Suqeim Street and junctions; which will streamline the traffic flow in both directions of the street. Such improvements will slash the transit time on Umm Suqeim Street in the sector between Mohammed bin Zayed and Al Khail Roads from 18 to 7 minutes.” 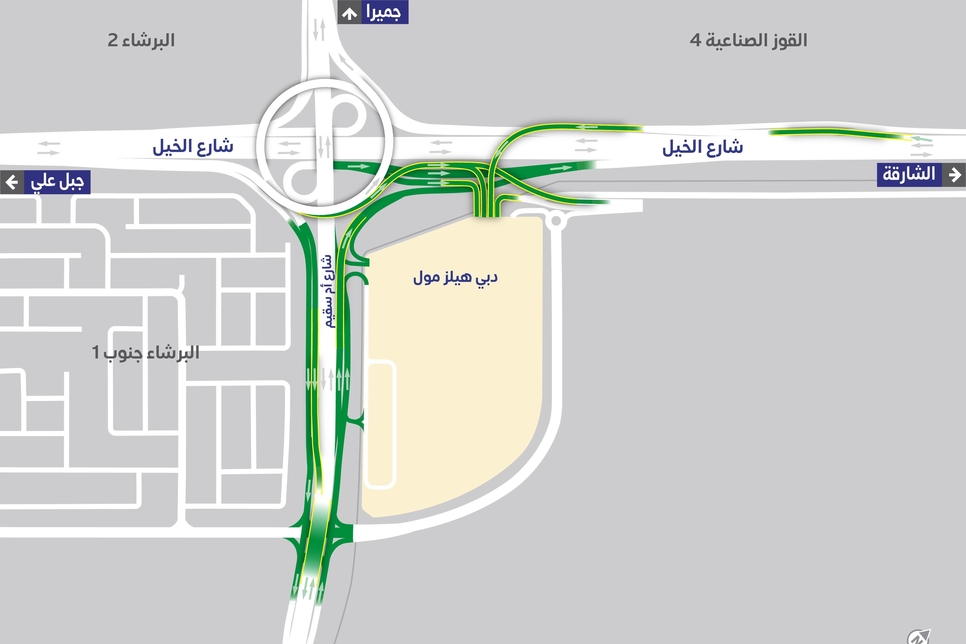 The roads and bridges project serves about 115,000 residents within communities including Al Barsha South, Arjan, Dubai Hills, among others.