The Saudi Development and Reconstruction Programme for Yemen (SDRPY) has launched a package of development projects in Yemen’s temporary capital of Aden, including 13 vital projects to support the health, education, transport, sports, water and sanitation, and other sectors.

The package of development projects includes a project to develop and expand the Manasrah water field, which includes the rehabilitation of 10 wells in the field. Construction work has already begun on the project, with the digging and equipping of five new wells in the same field to meet the needs of 1.5 million people from Aden and its vicinity.

The project also produces 891 kW of electrical energy by using solar panels, which are installed on an area of ​​9,810m2, to operate water pumps in wells.

In addition, the SDRPY has also laid the foundation stone for the establishment of four new schools. Construction on the project will include classrooms, administrative offices, sports stadiums, and scientific laboratories.

The educational construction project is expected to benefit more than 5,345 students of both genders.

The SDRPY has also launched a project to rehabilitate and illuminate a number of vital roads in Aden, as part of its strategy to fix the problem of partial road collapses, and the deterioration of the current pavement layers.

Rehabilitation and infrastructure works included paving 4.5km of roads between Caltex and Al-Haswa and lighting the roads with 300 solar-powered poles. 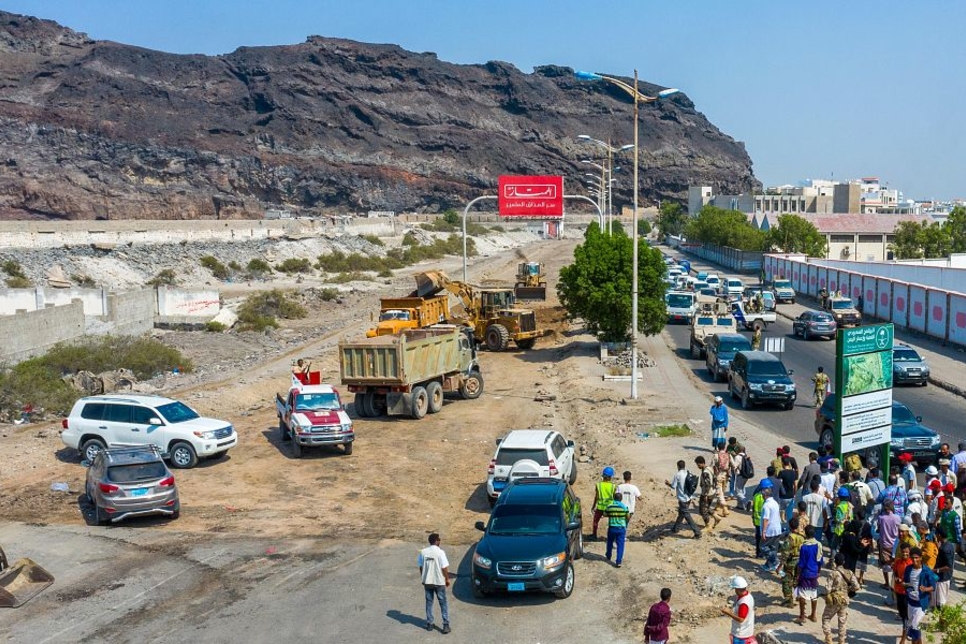 The SDRPY also paved 3.6km of the Teseen Road, and added 200 solar-powered poles on the road. More than 2km of the Shahinaz Road was also rehabilitated, with the addition of lighting poles along an 8km-stretch of the road.

The SDRPY programme also launched a project to rehabilitate the sewage plant in Khormaksar – a first-of-its-kind project – which will serve 863,000 residents of the governorate, as it increases the drainage capacity of the station and preserves the environment/

The project will prevent wastewater from being discharged directly into the sea, and will instead work to discharge liquid wastes to the treatment plant, which will reduce the effects of environmental pollution on human health, thereby not only raising the level of public health in Aden, but also improving the urban appearance in the governorate.

The initiative will also see the SDRPY completing other development projects that have already begun in the governorate of Aden and other Yemeni governorates.

The package of development projects was launched in the presence of the governor of Aden, Ahmed Hamed Lamas; the director of the SDRPY in Aden, Eng Ahmed Awaji Madkhali; as well as other directors and representatives of government departments and institutions in the governorate, according to the state-run Saudi Press Agency.