Construction work on Sheikh Zayed Housing Programme’s (SZHP) Bateen Al Samar Housing Project in Ras Al Khaimah is 94% complete, with the project set to be delivered by the end of 2020.

Touted as one of the key road and infrastructure projects in the emirate, the Bateen Al Samar Residential District is located after Exit No.122, on Ras Al Khaimah’s north-west border at Sheikh Mohamed bin Zayed Street, and from the north-east at Emirates Road.

The project’s construction progress was revealed by the project engineers from the programme during an inspection visit conducted by Suhail bin Mohammed Al Mazrouei, the UAE’s Minister of Energy and Infrastructure and chairman of the SZHP.

During his visit, Al Mazrouei said that the residential project had been completed despite the significant challenges caused due to the COVID-19 pandemic.
Al Mazrouei was accompanied by Eng. Jameela Mohammed Al Fandi, director-general of the SZHP, and several leaders of the programme and staff from the customer happiness centre in the Northern Region of the emirate. 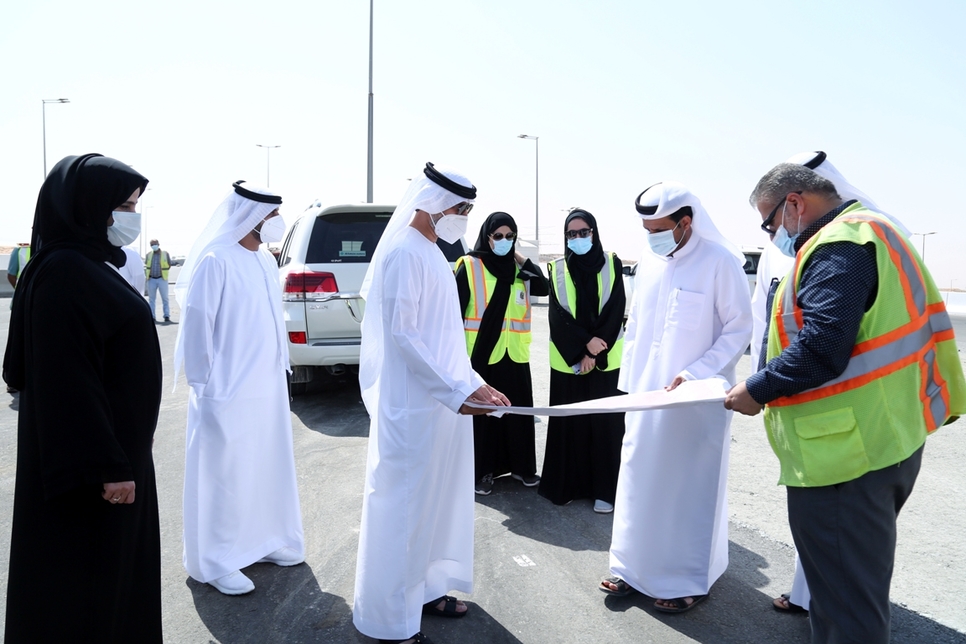 uhail bin Mohammed Al Mazrouei, the UAE’s Minister of Energy and Infrastructure and chairman of the SZHP inspects the project [Image: Wam]

The Bateen Al Samar Residential District is one of the main projects being implemented by the programme and includes 960 houses, which will be built over two phases, explained Mazrouei.

He added that Phase 1will be completed by the end of 2020, and the project is in line with the best sustainability and environmental protection standards.

SZHP is expected to deliver 888 houses within the project by the end of 2020.